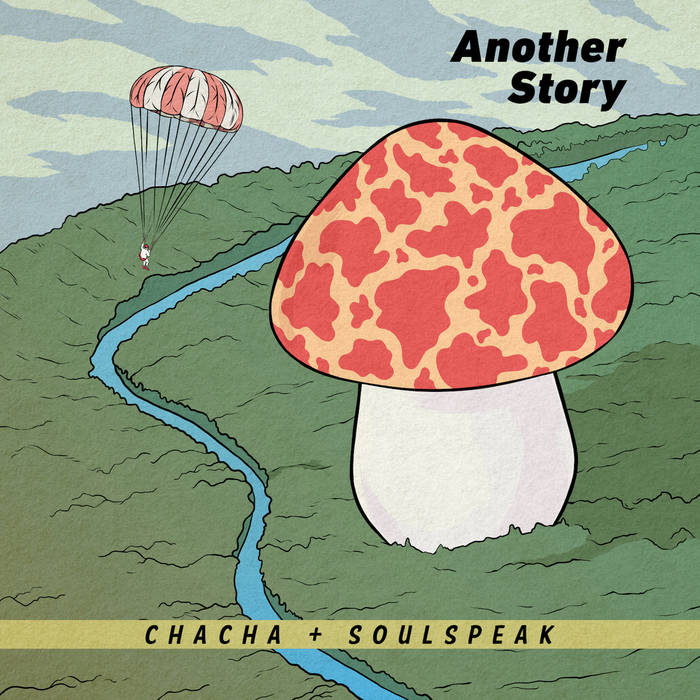 Chinese Singer ChaCha has collaborated with electronic music producer Soulspeak again, to release their latest single "Another Story" on indie label Ran Music. These two shining stars in China indie music scene are telling us another story this time.

Over the last 7 or 8 years, ChaCha has quickly become one of the most exciting and celebrated independent artists to come out of China. From recording with international artists such as Clive Chin, Kode9, Adrian Sherwood, Disrupt, The Bug, Rumi, Hamacide, Vibronics ,Desto, Jimi Tenor and Matthieu Chedid, to releasing music on labels such as VP/Randy’s, Hyperdub, Jahtari, 502 and Tokyo’s Black Smoker Records.

In 2010 ChaCha teamed up with Dutch producer Jay.Soul and formed AM444, The duo released their first EP, Eye Wonder, in 2011, and their first full-length album ROOMS in 2012. In 2015 “Lies-Jay.Soul Truth Remix” was selected by the world-renowned basketball video game NBA2K 16, became the first Chinese song in NBA2K’s history.

She was also honored by being the first ever mainland Chinese artist to be accepted into the Red Bull Music Academy in Madrid in 2011. Having access to a great variety or equipment and talented advisors also lead to her starting her new solo project and alias, ‘Faded Ghost’, a dark, droned out vocal experiment the likes of which are very different to anything coming out of the PRC.

Kai Luen aka "Soulspeak" is a Chinese-American producer, composer, and DJ from Los Angeles, California and currently based in Beijing. His music is a combination of bass, noise, environmental sound recording, and organic instruments and has been touted as a producer to watch out for by CNN and Juno.

His various projects include an album with Ttechmak that explores the intersections of improvised music and electronics, as well his solo work as Kai Luen that explores the darker side of bass and decaying sound design.

As a DJ and performer, he has performed all over the world at major venues and festivals including the Boiler Room, Electric Daisy Carnival, the Roxy, Whiskey A Gogo, and Clockenflap music festival.

Ran Music is an independent electronic music label in Beijing.

Bandcamp Daily  your guide to the world of Bandcamp

Featuring appearances from Kari Faux, Bluestaeb and and interview with NY-bred artist Wiki