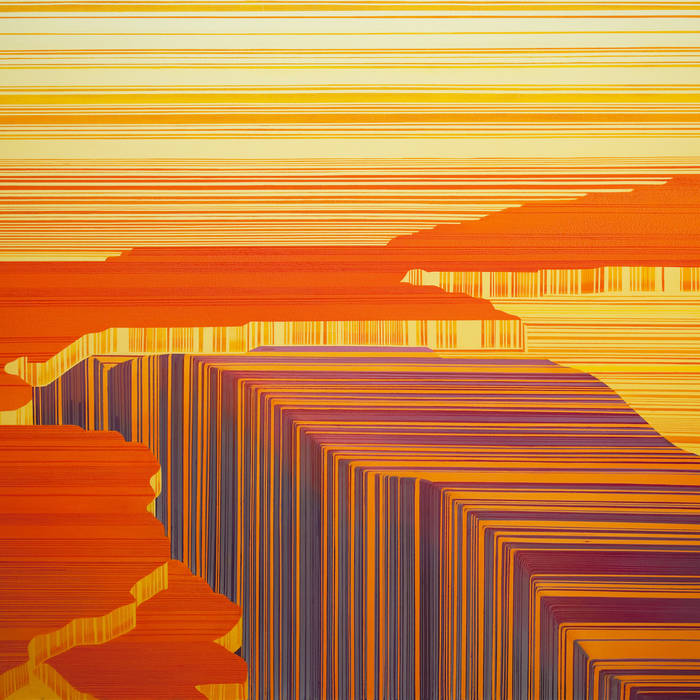 Chengdu-based record producer Ge Fei, who is also known as the boss of famous Chinese indie label Cao Tai Music, is releasing a debut EP titled “Mirror Image” as 3He on Ran Music. This EP includes 3 IDM tracks Fei produced using a customized Eurorack modular system. With his intelligent machine rhythm, psychedelic melody progression, unconventional sound design and creative sampling techniques, 3He brings your ear on a journey to a world where the human and machine live together in harmony.

3He, also knows as Helium-3, is a light, non-radioactive isotope of helium, Much speculation has been made over the possibility of using helium-3 as a future energy source, a source with which has greater abundance on the moon than on Earth. Ge Fei's new alias 3He, is meant to make this debut EP as futuristic and cinematic as a science-fiction movie.

A mirror image (in a plane mirror) is a reflected duplication of an object that appears almost identical, such as reflections of objects in a mirror or a complete copy of a computer system. 3He believes that both the human sense and computer are identical in some ways, thus this EP is using the form of IDM music, to express this concept. The program error-like glitch rhythm and sampled melodies are cut deliberately and modulated carefully, walking on the boundary of chaos and order. Your brain and body are separated and totally controlled by 3He; "Mirror Image" is as brilliant as a great science experiment, to bring us so much inspiration.

Ge Fei, who studied at Sichuan Conservatory Of Music in the 90s, was an active member of the early Chengdu (capital of Sichuan province in south-western China) rock music scene, he was involved in several bands such as Fu Yan, Airbag, Yao Bai Ren and others. He relocated himself to Beijing in 2006 as a record producer as well as music director of several major and indie labels. In 2009, he founded Cao Tai Music together with famous Tai Pei song-writer Zhou Zhiping, dedicated to releasing music for indie musicians coming out of China. Today, Cao Tai has grown into one of the most influential indie labels in China. Ge Fei is a big fan of Radiohead and Aphex Twin, he maintains a passion of exploring electronic music and audio technology, from the classic synthesizers, hardware samplers to the latest MIDI controller and Eurorack modular synths. He tries to combine multiple genres such as IDM, Techno, Ambient and Electronic into his own music production with both old and new technology.

Ran Music is an independent electronic music label in Beijing.

Bandcamp Daily  your guide to the world of Bandcamp

Featuring appearances from Kari Faux, Bluestaeb and and interview with NY-bred artist Wiki